The modeler wanted to build a Wing Gundam when he first saw it, he loves the wing design but he never found the time to build one but now he managed to complete one. It was just a straight repaint of the MG Wing Gudam Zero kit, inspired from the color scheme of Exia Dark Matter and Predaking of Transformer Prime. 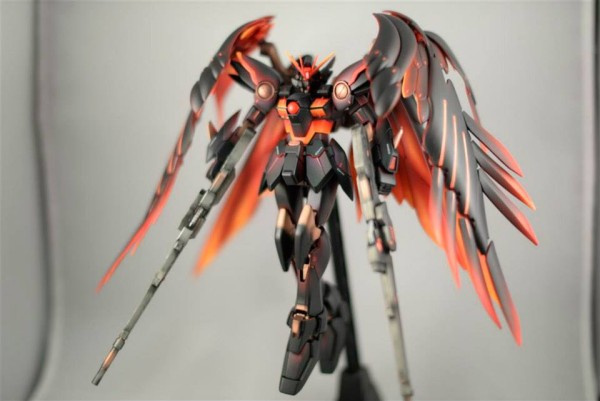 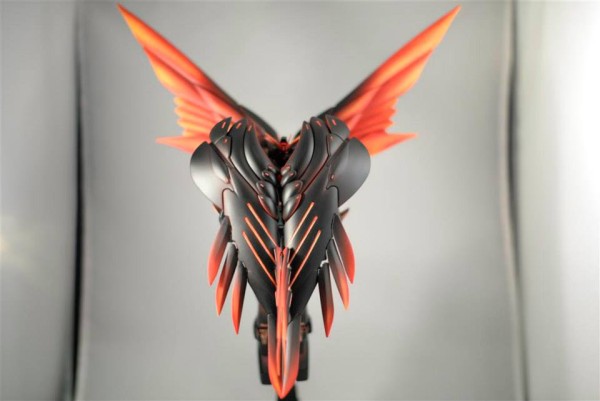 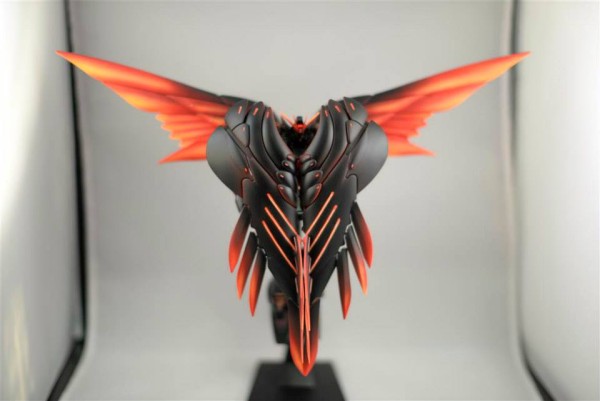 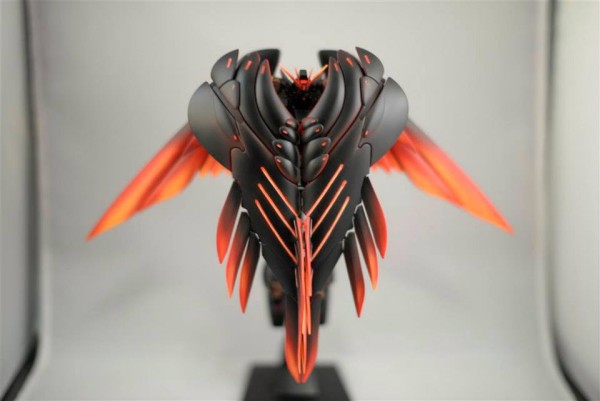 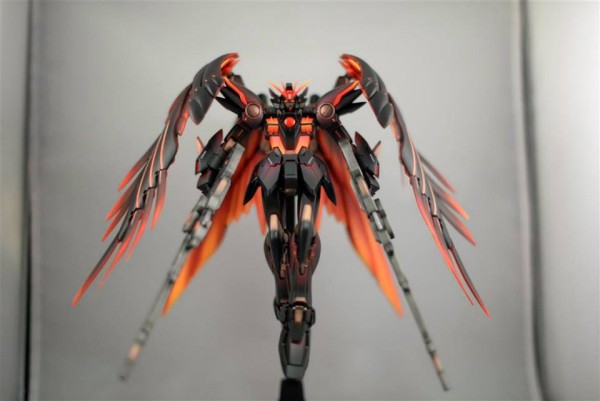 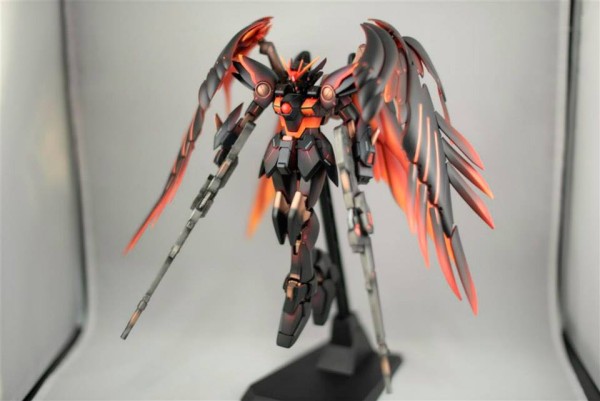 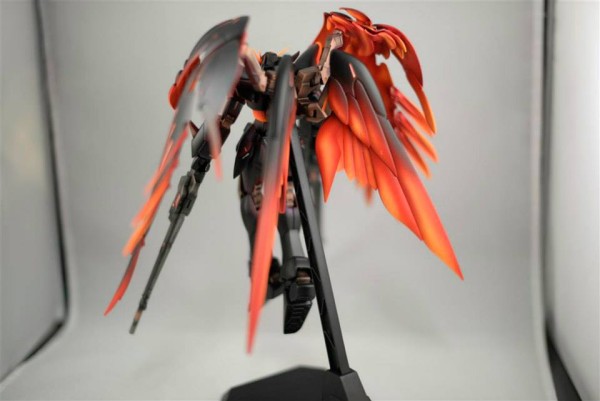 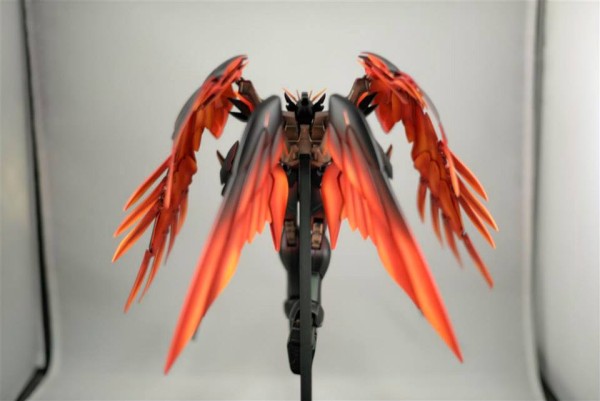 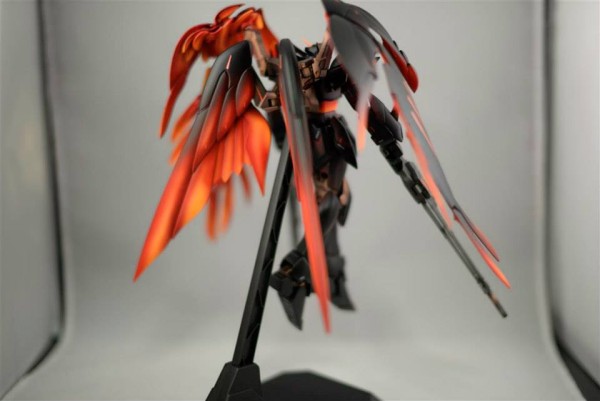 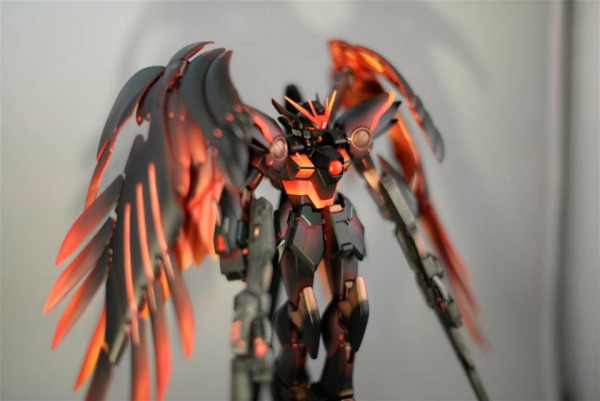 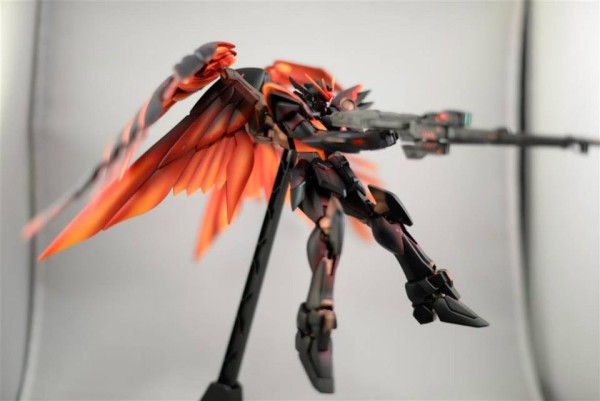 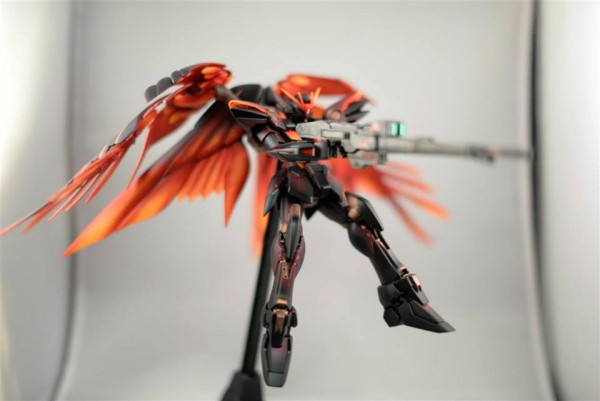 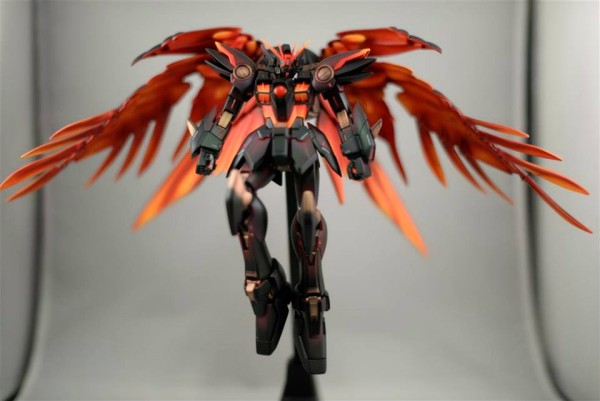 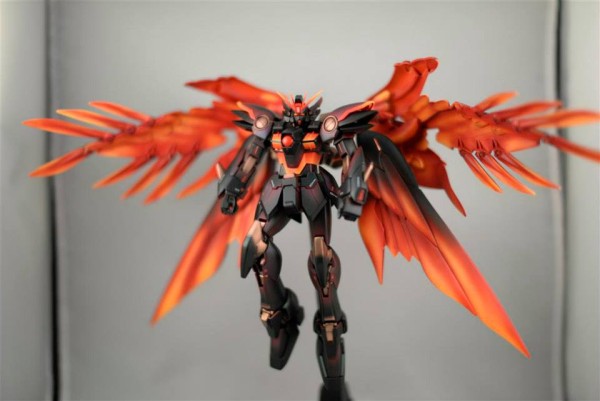 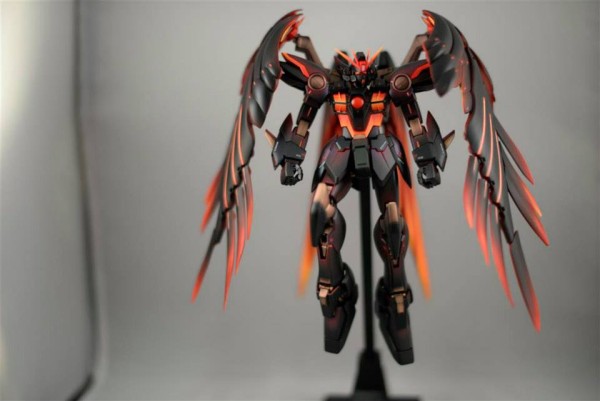