After three months, CustoMecha’s event has finally come to an end. Thanks to these three participants who submitted their projects, I am so grateful that you find time to join and finish your entries. I am hoping that you will join again if there will be future group exclusive events.

Since the introduction of the transforming Gundam Flauros, I wanted to create a mobile suit that could transform into a four-legged mobile armor fitting enough for Mikazuki’s close range brutality. Drawing inspiration from one of my favorite Final Fantasy summons, Ixion (http://finalfantasy.wikia.com/wiki/Ixion) I found the perfect symbol of Strength and endurance, just like how the Barbatos Lupus Rex eventually came to be 🙂

In mobile suit form, Barbatos Ixion can decimate enemies at range with one of two beam cannons that extends over its shoulders, but its signature war tactic is to narrow the distance between its enemies and itself with its forearm mounted 200mm guns and when in melee range, strike down enemies with swift shotel blade slices that usually leaves the opposition unarmed and decapitated.

When in a siege, Barbatos Ixion can transform into its mobile armor mode which resembles that of a dark, four-legged beast with a distinctive pair of forward facing horns that strikes fear in the hearts of those who lived to recognize them. The forward thrust of the mobile armor coupled with its ‘horns’ allows it to shred through any fortification, leaving a trail of destruction in its wake. 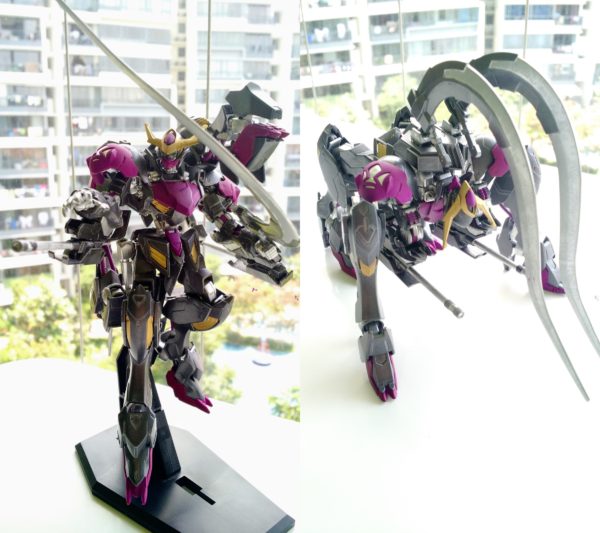 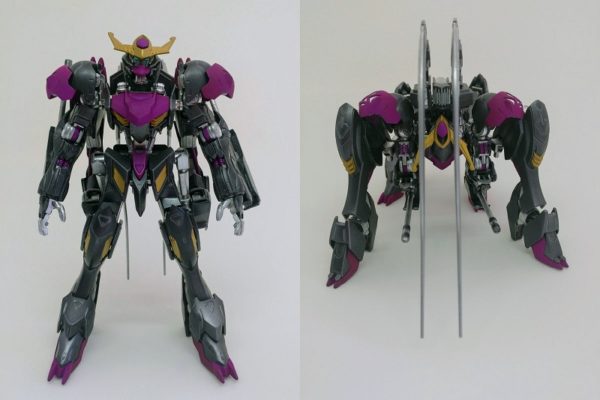 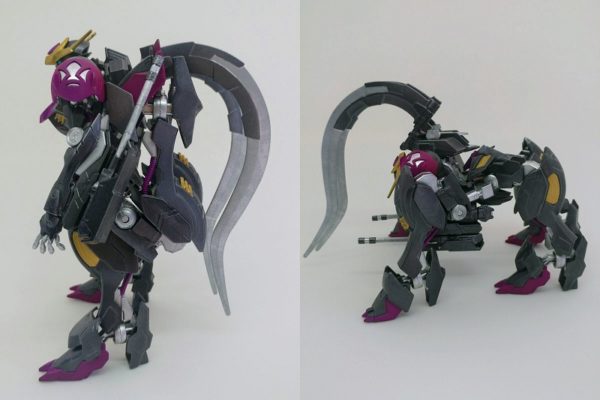 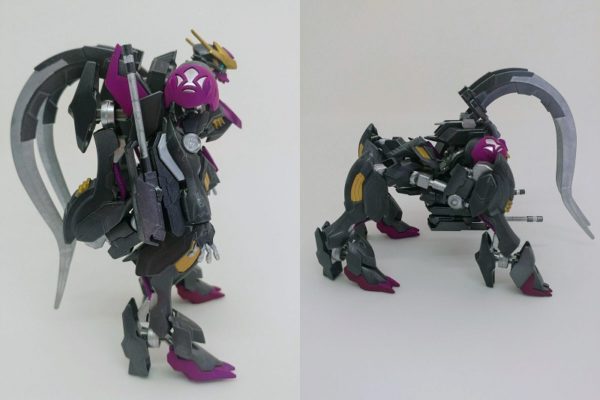 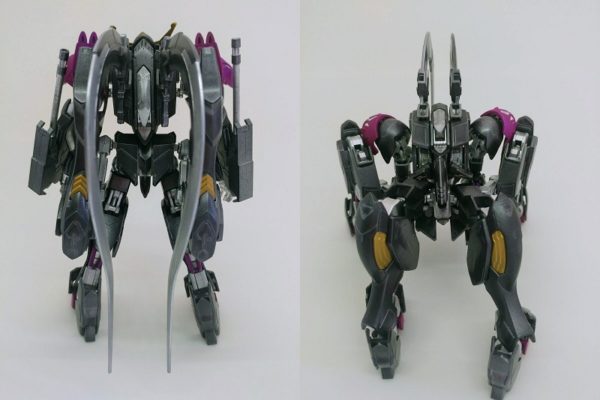 – Main kit Gundam Vidar 1/144 scale
– Add on parts MS Option 3, Kimaris Booster / Sword, Barbatos Canon from MS Option 1
Vidar Dominion is a repurposed Vidar Kimaris used by Julian Bauduin, son of the late Galeo Bauduin and Julieta after Gallarhorn once again fell into ill repute.  He removed the rapier and replaced it with a shock blade, the side skirt weapons were also replaced with fletchette launchers.  Lastly he increased the Vidar’s thrust by using his father’s old Kimaris booster modified to increase thrust. 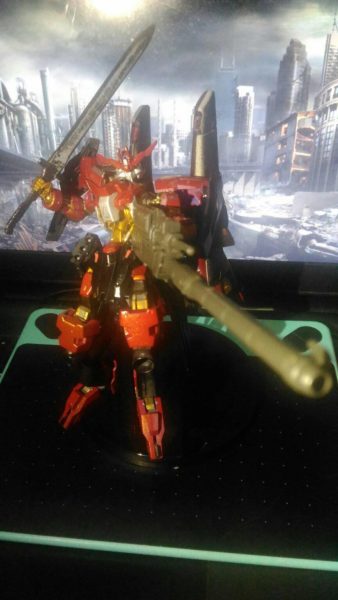 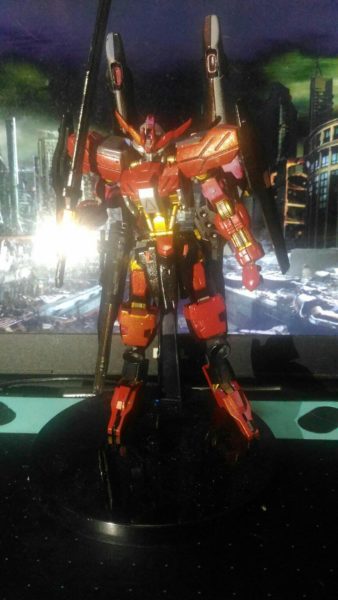 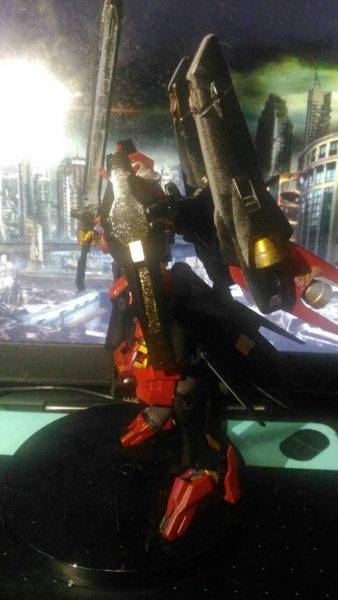 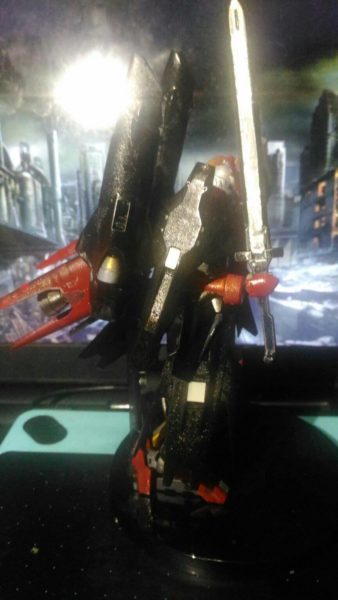 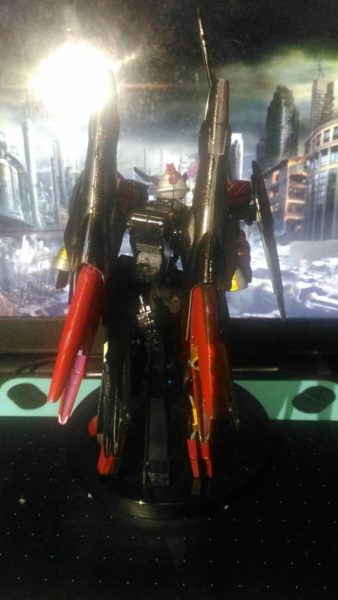 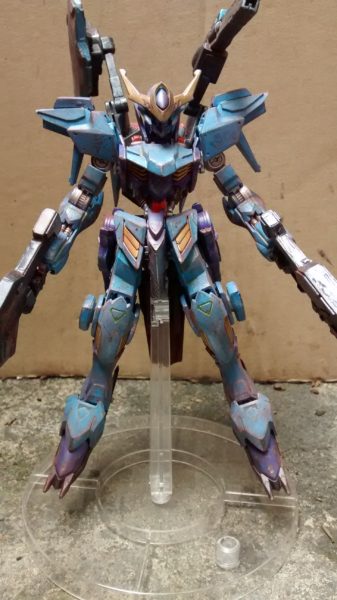 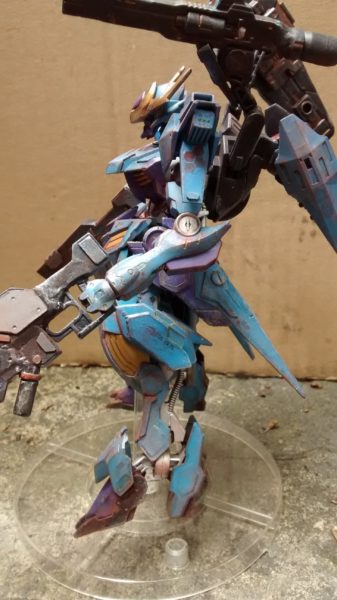 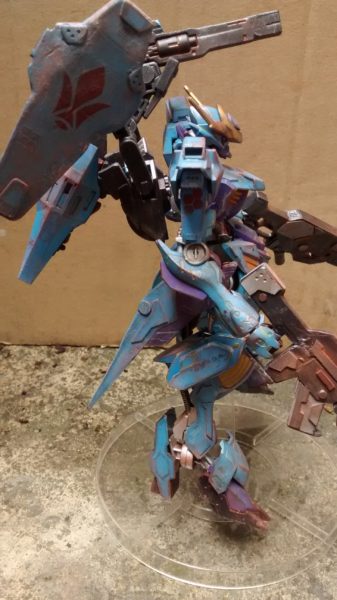 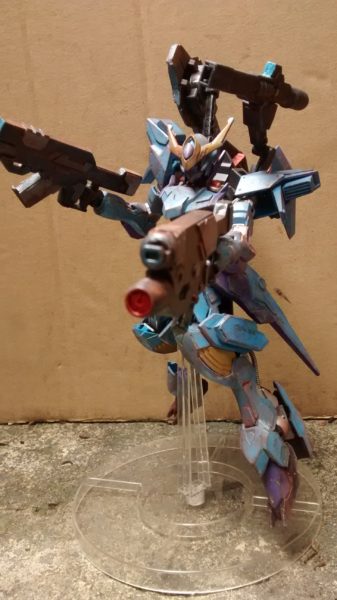 (Projects are presented according to the time they were submitted) 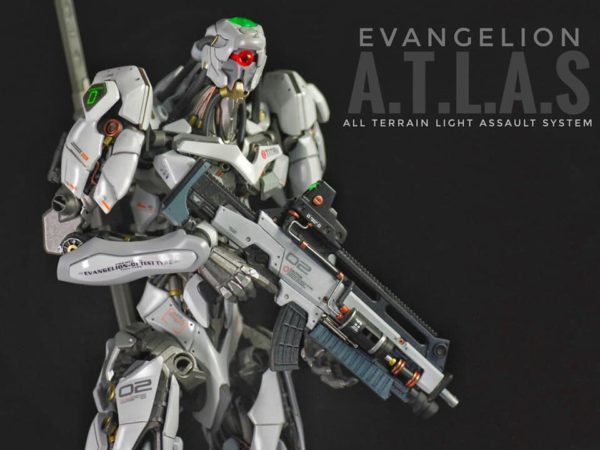 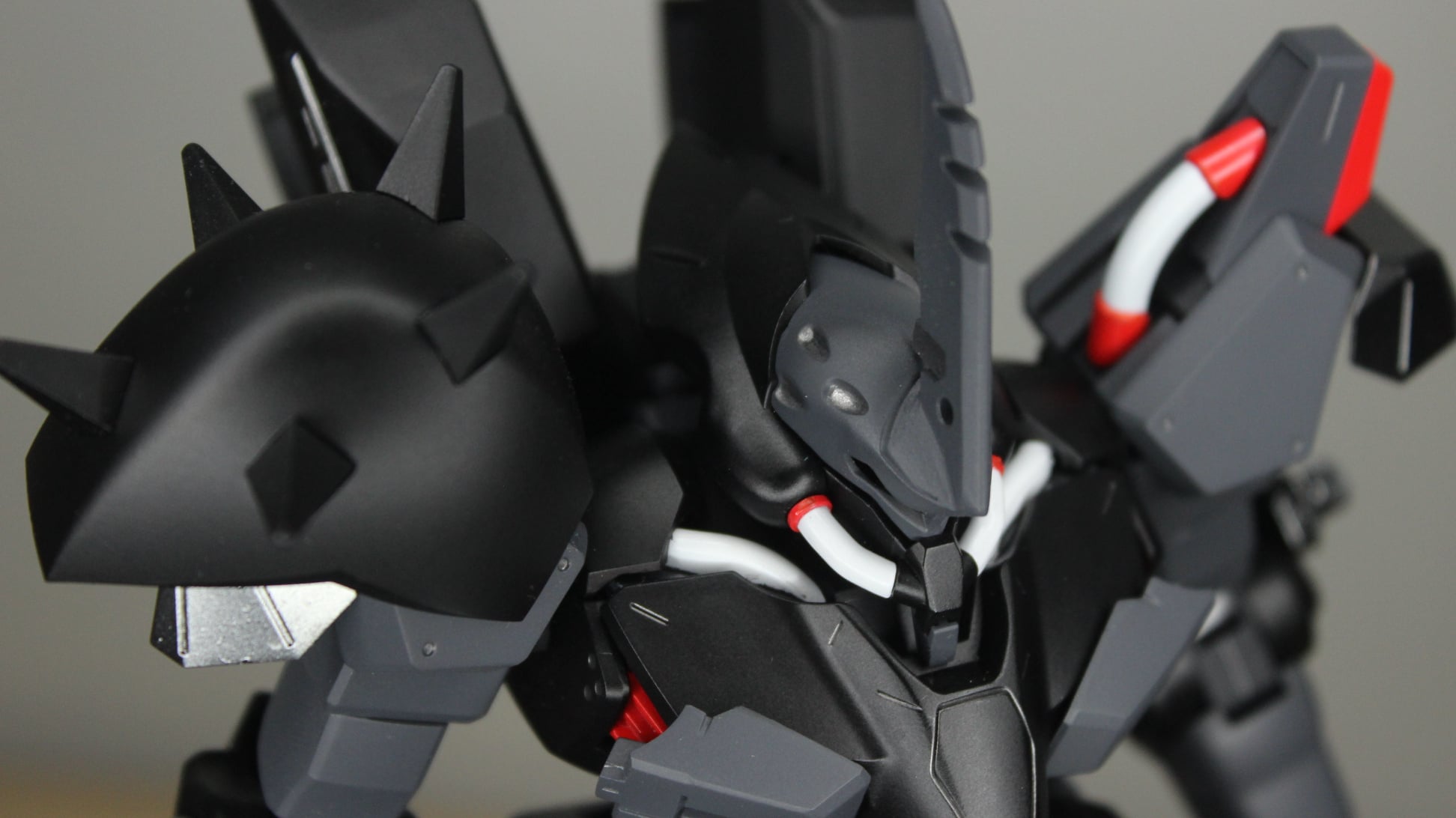 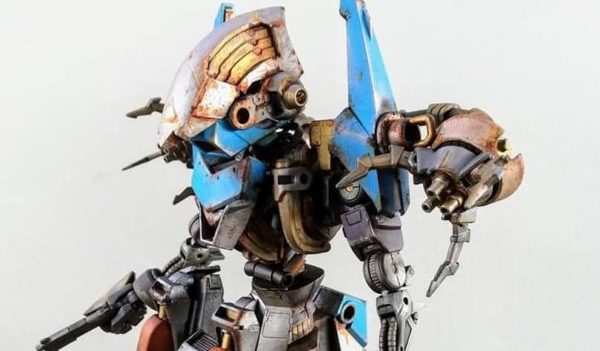 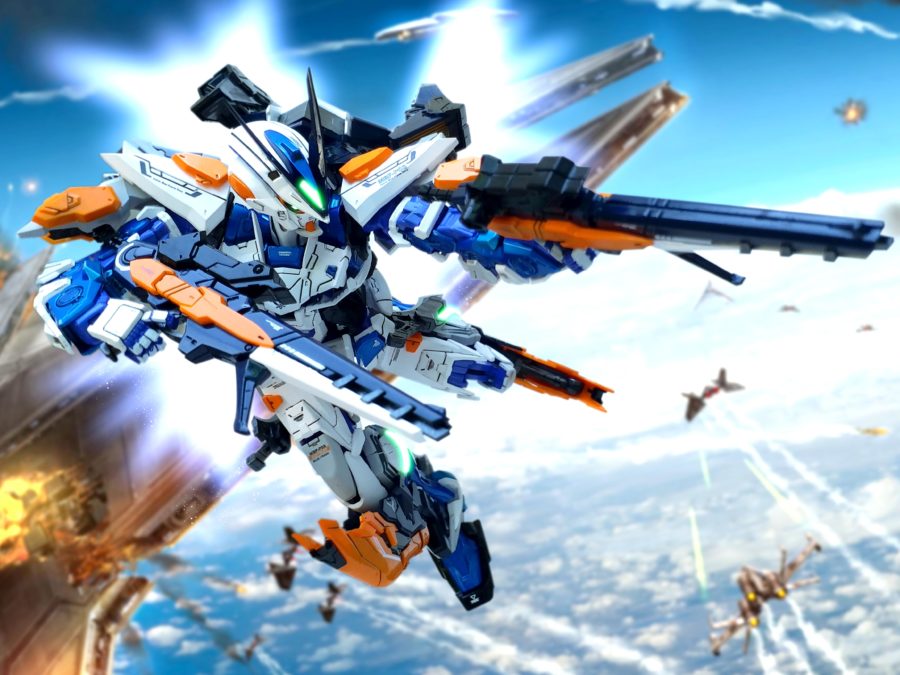 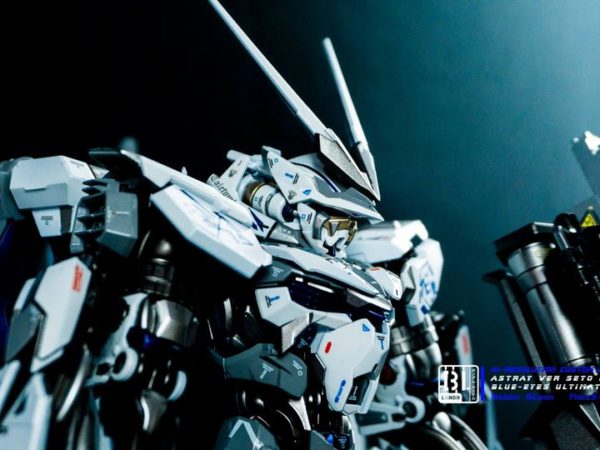 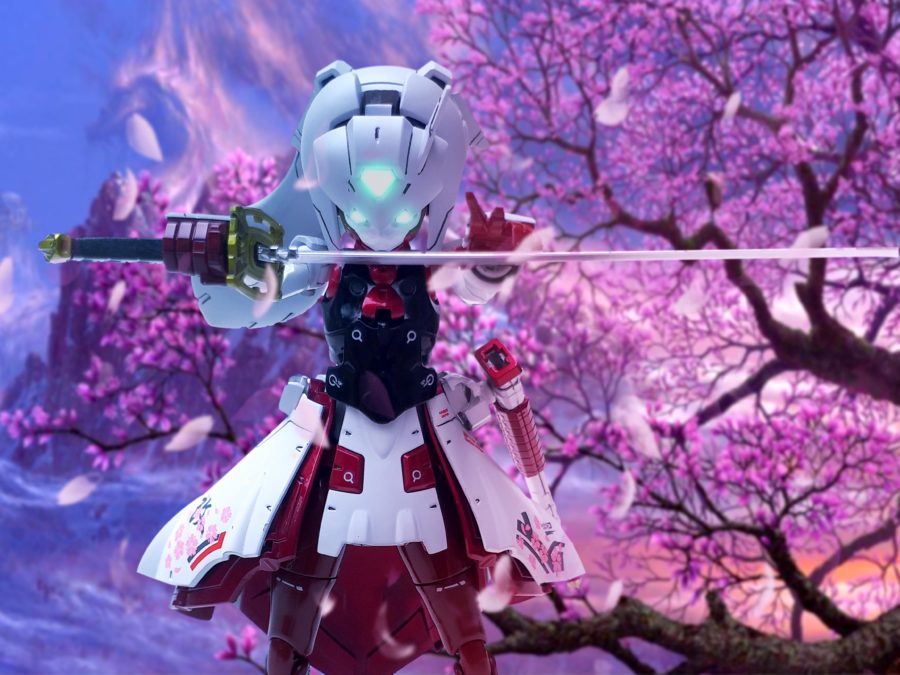