“I’m sharing with you another of my works, this one earned me a second place on a local entry and it was the first time doing a heavy customization on a HG model kit using epoxy, so here’s the description. As a side note, everything is painted using a paint brush only

At the start of the project i had to really destroy the kit, trimming, sanding and giving it a more human squeleton. Then i proceed to start molding the armor parts using a double composite epoxy from a local brand called “Parsecs epoxy”.

The main issue was the size of the parts, so I spent a lot of time sanding all the exces until it achieved a more plate mail form.
Then I proceed to do the scales, for this i made separate scales for the boots and gloves and for the rest of the armor i used a v-shaped pla plate and started imprinting on fresh epoxy tha shapes of the scales. Finally i did some heavy battle damage to recreate the claws and fangs of the Rathalos on the hunter armor

For the sword I used a pla plate and did almost the same process as the armor. The same is applied to the bags and knife.

After all that, i started doing the head of the Rathalos using only epoxy.

For the painting process I primed and then applied Testors Chrome Silver and for the rest of the armour a mix between humbrol enamels red, brown and grey (all matt). The black i used humbrols black gloss.

For the weathering i used a mix of humbrols red, yellow and brown to recreate rust, and also for the mud i used testors dark tan and black.

For the diorama I used a flat board and some wall paste mix, some dirt and also ashes. The trees (that i hate haha) were made using wires, wall paste and glue soaked paper 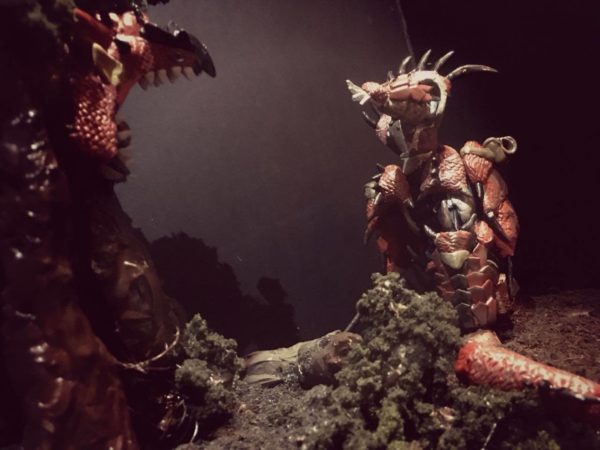 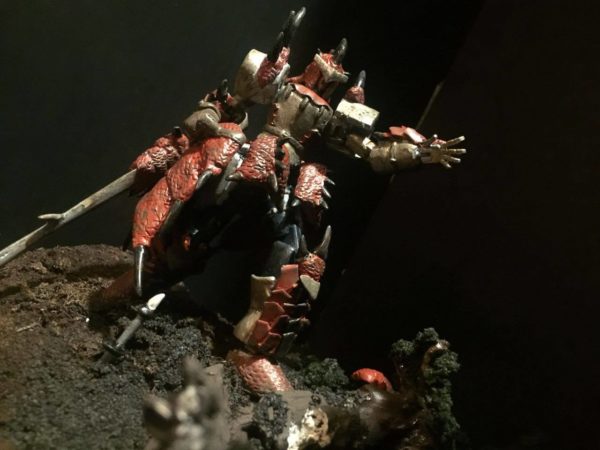 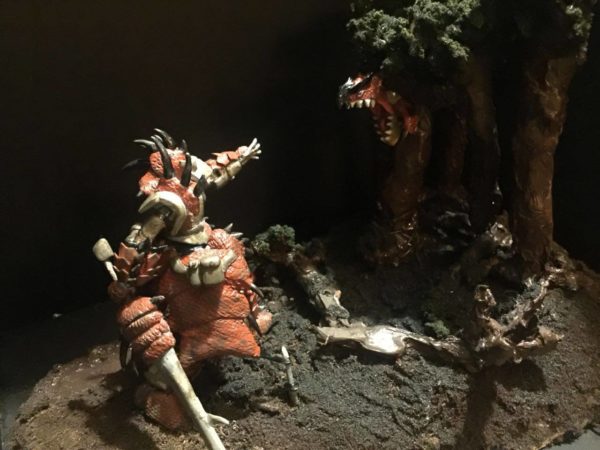 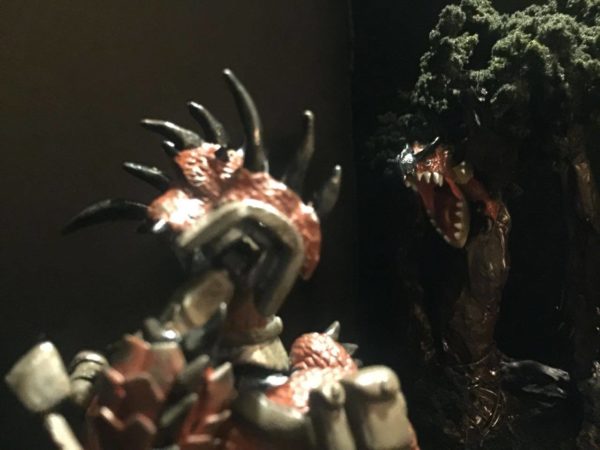 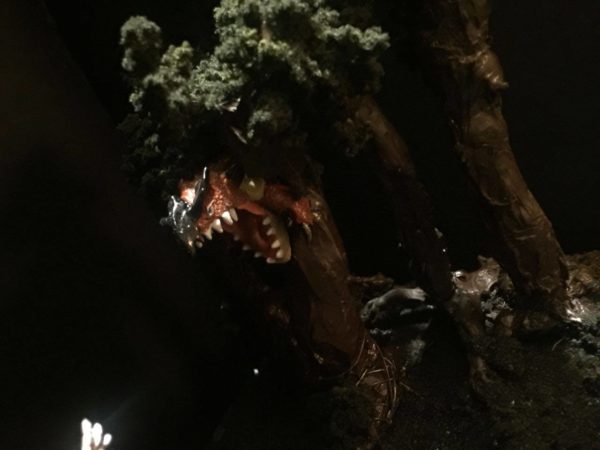 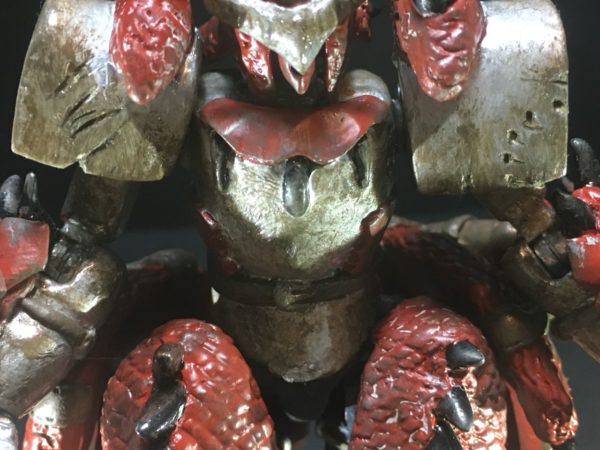 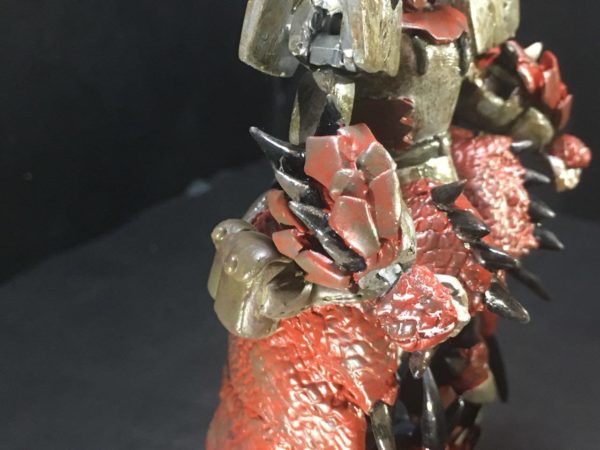 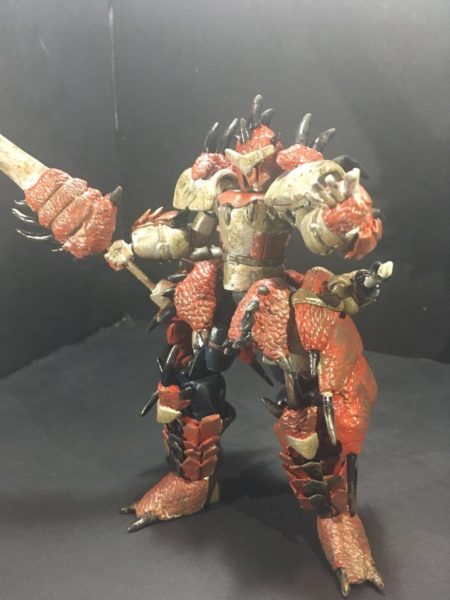 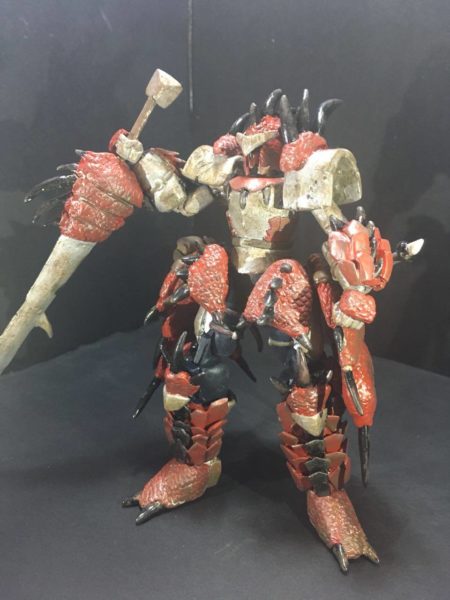