The base kit I used is the MG 1/100 Gundam from Bandai Gundam Wing Endless Waltz. It took me quite a long time to finish this project because I was looking for ideas for this Custom Gundam Wing. After a month, I finally got the idea of installing LED lights and also to make it like the armor of Saint Seiya. At first, I was confused how to make the armour, after several comparison, I used putty because it is easier to put details and easier to modify. Once completed the body, I worked on the waist because the original is so stiff and less compatible with the theme of armor. I also change the cover thighs and make it look slimmer, added some gold-plated knife on the legs which can be used as weapons.

In painting this project, I just rely on my own technique because I’ve never seen others do this technique (maybe I have not seen anyone to do it). I added black paint metal to make some dull impression and I also use it for weathering in detailing dull parts.

After I finished the base Gundam, I worked on the weapon. Originally I thought of making a gun but I think it might not be relevant to the projects concept so I decided to create  the sword first, by using the basic sword of the series Gundam Seed. Once finished, I also make a bow and arrow as a weapon, which is made from some Gundam spare parts. There is also a beam saber which I added and it was from the Gundam 00 series, which I use as a second pair of wings.

To make it more appealing, I made a diorama from sand and other junk parts, I even added an LED to the base kit’s chest which when lighted it signifies that the pilot has activated “Guardian Angel in the gold armor”. 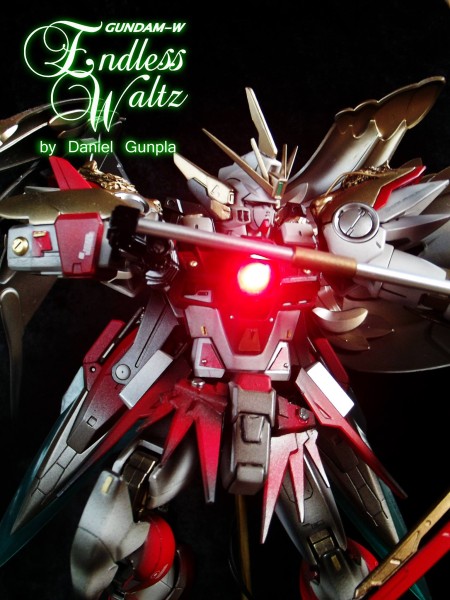 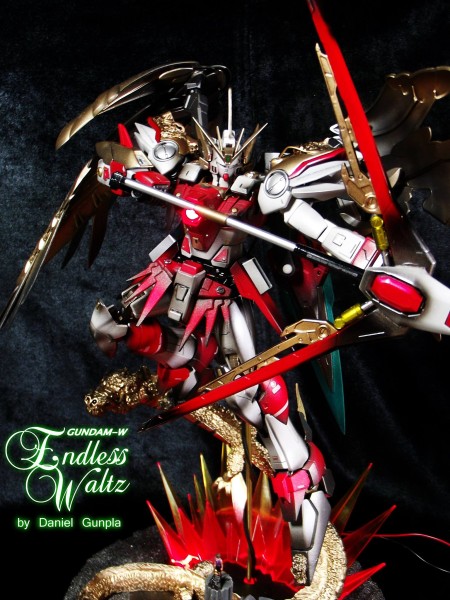 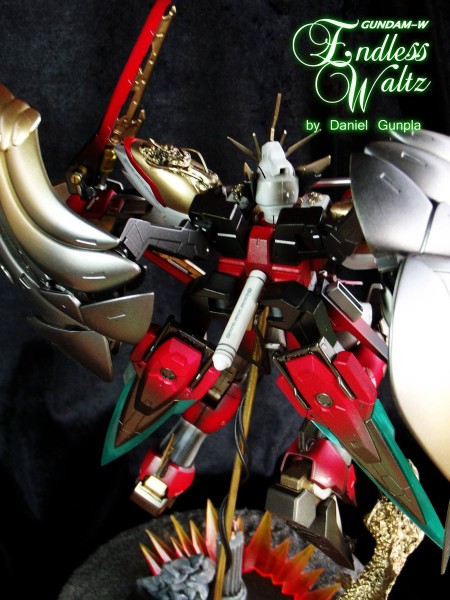 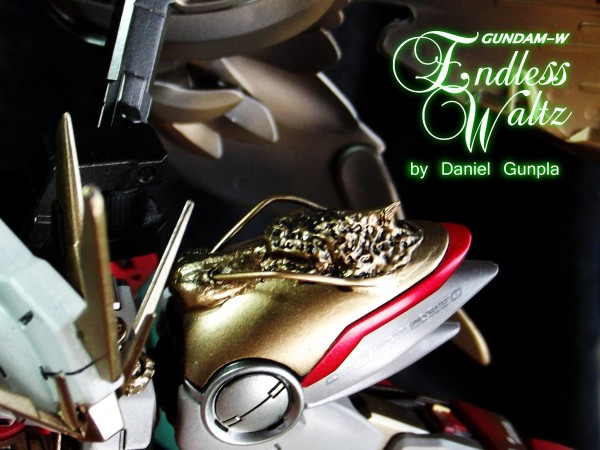 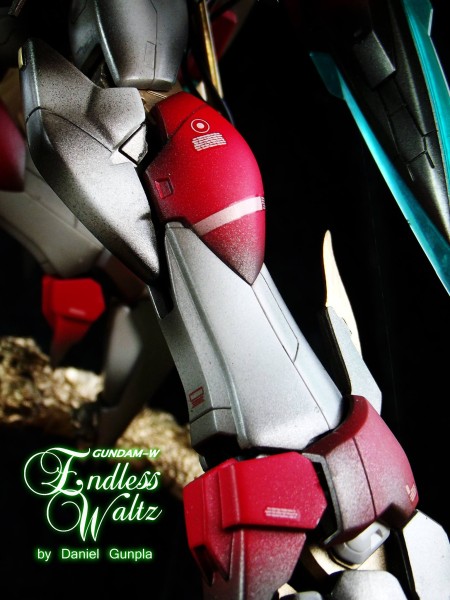 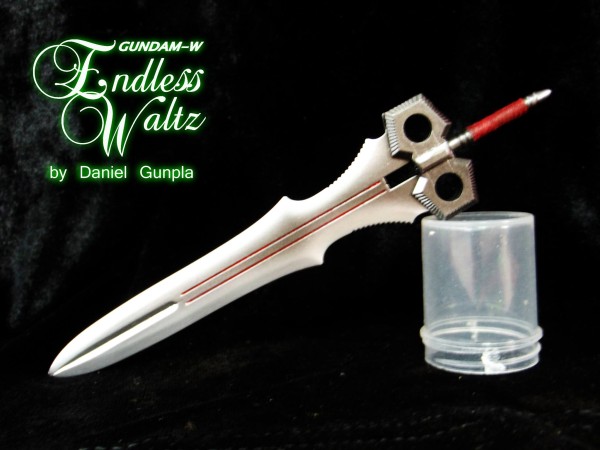